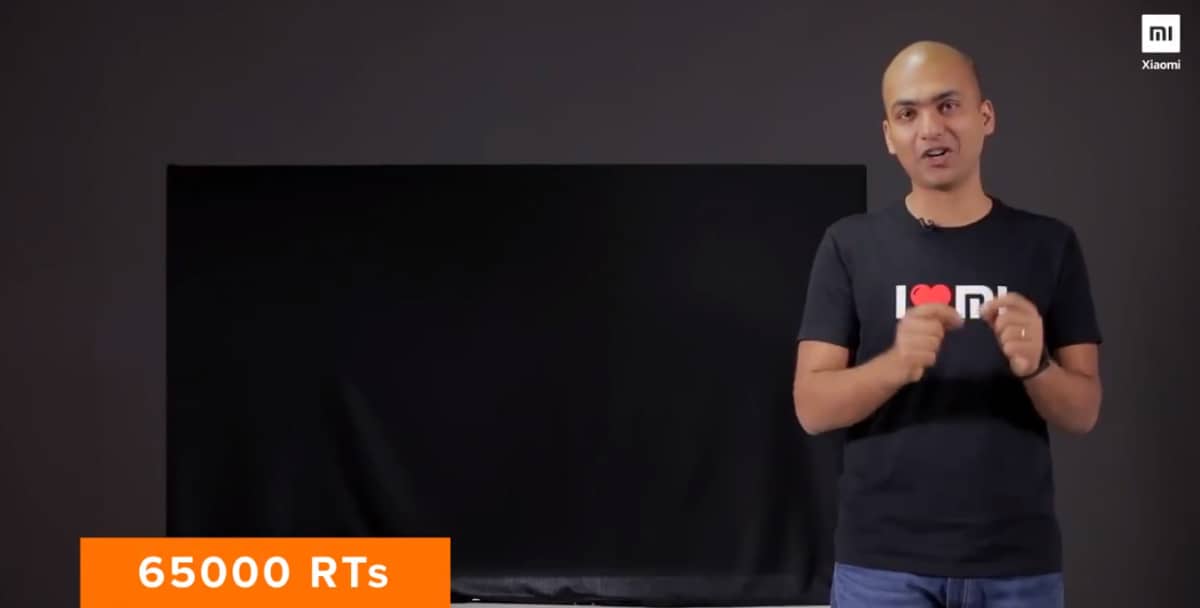 Xiaomi has now teased the launch of a 65-inch Mi TV with a 4K Smart LED display panel on September 17. The company had earlier sent invites for a ‘Smarter Living 2020′ event in India next week and it recently also confirmed that the Mi Band 4 will be launched in India then. It was earlier rumoured that the Redmi TV would be launched alongside, but now the company has almost confirmed in its latest teaser that a 65-inch Mi TV is in the offing instead.

Mi India has taken to Twitter to tease the launch of a new Mi TV. The company says that it will be the biggest and best Mi TV offered in the Indian market yet, and it sports a 4K LED panel with ‘all the content you have asked for’. The teaser video has India chief Manu Kumar Jain then asking all fans to retweet the post 65,000 times. If the goal is achieved, the product will be unveiled before the launch date. At the time of writing, the tweet had managed to achieve 128 retweets only – certainly an indication that the 65,000 retweets request is more of a hint at the 65-inch Mi TV.

To recall, Xiaomi recently also launched a full-screen Mi TV range and a 65-inch Mural TV in China, and these may be the models that Xiaomi brings. There are also some 65-inch Mi TV models that have not yet been brought to India, and one of those be launched in the country. Currently, the largest TV offered in India is the 55-inch Mi TV 4 Pro and Mi TV 4X Pro.

Tasneem Akolawala
When not expelling tech wisdom, Tasneem feeds on good stories that strike on all those emotional chords. She loves road trips, a good laugh, and interesting people. She binges on movies, sitcoms, food, books, and DIY videos.
More

Mission Over Mars Now Streaming on ALTBalaji and ZEE5